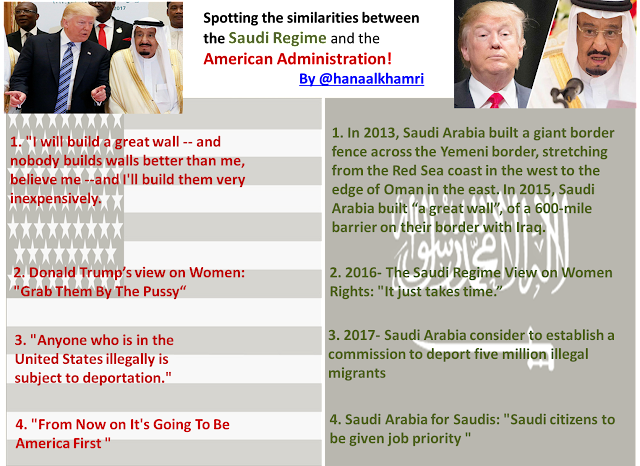 Posted by Hana Al-Khamri at 5:10 PM No comments:


To those who reckon that a seat for Saudi Arabia in UN Human Rights Council and UN women's rights commission means nothing and won't cause harm. Watch this video from Human Rights Council session on the 23 June 2014. The Saudi state representative was bluntly requesting from Madam VP to silence the voice of a civil society actor criticising the deteriorating human rights record in the Kingdom - particularly the case of imprisoned reformists, Raif Badawi and Waleed Abu Alkhair. Very intimidating!

No Male-Guardianship No Cry: As long as there is no condition backed by the system and in accordance with the Islamic Sharia Laws 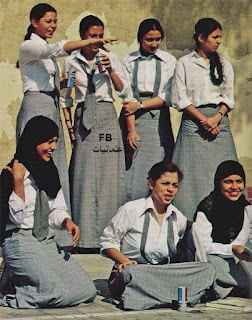 Last Night, the Saudi state announced a royal decree on the issue of women's need to have the consent of male guardianship for receiving state services.

*Please read the Arabic text carefully below and do not spread false information.

Here is how I read the decree:

1. As long as there is no condition backed by the system and in accordance with the Islamic Sharia Laws (!), women should not be requested the consent of a male-guardianship when receiving state services.

2. The decree does not "End" the guardianship system immediately nor completely - it calls upon the state bodies to collect all procedure which condition women to have the consent of male guardianship, and end it in three months from now - as long as there is no clear condition backed by the system and in accordance with the Islamic Sharia.

So it remains to be seen which state services that have a condition backed by the system as well as in accordance with the Islamic Sharia Laws -  hence can not end male guardianship consent requirement.

The Decree in Arabic:

Posted by Hana Al-Khamri at 2:49 AM No comments:

Gender-Apartheid Saudi Should Be Isolated 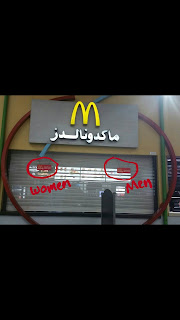 This op-ed was first published in the Swedish Daily Newspaper SvD (Sweden), in Aftenposten (Norway) and Information (Denmark)

I am a constructivist in my worldview and against isolating authoritarian states because sanctions and isolation often have counterproductive effects in propping political and social change. But there is an exception to every rule and the Kingdom of [Men], Saudi Arabia, - is that exception. Saudi Arabia should be isolated because it has demonstrated over and over again its unwillingness to socialise/accept human rights and gender equality as the norm. Instead, they misuse their international and financial leverage to block/avoid naming and shaming and pressure other states as well as different actors to accept Saudi Arabia status quo.

Last year, former U.N. Secretary-General Ban Ki-moon admitted bowing to oil-rich Saudi Arabia’s blackmail and pressure to remove the country from a list of violators of children’s rights, or else Saudis would cut aid and humanitarian funding to UN programmes.

In 2015, during UN Human Right Council (HRC) session, Saudi Arabia objected to Netherlands-proposal to send a United Nations-led inquiry into claims of war crimes in Yemen. Saudis lobbied intensively to pass a partial resolution based on a Saudi text, to which ultimately backed by western governments.

In 2014, Saudi Arabia issued a travel ban against Samar Badawi - the wife of the Saudi imprisoned lawyer and Olof Palme laurate, Waleed Abu al-Khair, - to attend an EU forum on human rights in Brussels and speak on behalf of her husband.

These incidents, - are few examples among others which- prove that Saudi Arabia has no incentive to adopt and implement holistic reforms at home. Therefore, electing the Kingdom into UN Women's Rights Commission will have a negative impact on women’s struggle in Saudi Arabia; the government will use international platforms to muzzle critics, dissidents and perpetuate inequality and oppression.  Moreover, there is a high probability that women rights activists will be further silenced and harassed, particularly when bringing about criticism against the Saudi state to the commission.

My life as a child and a grown-up woman in the city of Jeddah in Saudi Arabia, was ruled by segregation; education is single-sex from nursery through to the whole education system, working places, state offices and banks have “ladies’ branches”, restaurants are divided into “family section” and men-only areas, and even global fast food restaurant chains, like McDonald's make men and women queue separately for its burgers.

I was taught in my public schools in Saudi Arabia that the majority in hell are women, that women have incomplete minds and faith and that we are the source of strife and havoc.
Public schools for girls are named after "numbers", not after heroines and historical female figures, as it is the case with boys public schools, - who are named after distinguished male names. I personally went to the following schools during my upbringing: The Elementary of 20th, the Intermediate of 10h. the High-school of 46th. Ten years later after leaving secondary school, my schools are still standing in the same place to witness the persistent of the kingdom's joyless gender segregation and the culture of misogyny. Even in public spaces, women names are replaced by numbers because of society- supported by the state- believe that women names are a source of shame and should not be exhibited before the public.

Saudi Arabia is a country- where a woman needs the consent of a male guardian from cradle to grave; a mother is subject to the guardianship of her own teenage son as she is legally treated a minor forever. This country should never be allowed a seat in UN women's rights commission unless we see concrete changes.

From time to time, emerges ludicrous claims about a lot of improvement for Saudi women situation. In fact, there is no genuine blueprint for reform and any improvement for women's rights remain paltry and cosmetic.

On the 6th of November-1990, 47 brave Saudi women, - of academics, doctors, business women, civil servants and students-  drove their families’ cars to protest against the female driving ban. Later on, they were arrested, imprisoned and ultimately had their passports confiscated, some lost their jobs, others expelled from schools and all of them faced defamation and smear campaigns.

The prince who oversaw the punishment against those courageous women was the prince Salman Bin Abdulaziz, - the former governor of Riyadh and the current King of Saudi Arabia since 2015. It is absurd that the same prince who pushed women back from the steering wheel to the back seat 27 years ago is today the head of a state, elected to work for gender equality in UN women’s rights commission. An Arabic proverb says “A blind person cannot judge colours”. And a gender-apartheid state, - which still keeps women in political, social and legal shackles - cannot drive towards gender equality.